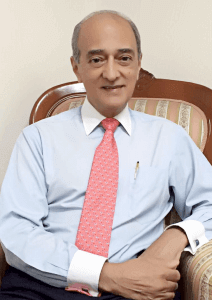 Serial entrepreneur Abu Omar developed his latest business Cura Systems after witnessing at first hand how hard it can be to help elderly people keep on top of their medications. “I’m one of four brothers, and my mother hops from country to country to spend time with us, and trying to keep track of her medication and visits to doctors – which country, which doctor, what medication does she need to make it consistent – is a nightmare,” he says.

The product is a comprehensive care planning system designed to help care homes manage the needs of their service users and their own planning, including electronic care plans, daily reports, to-do lists, medication management, staff schedules, mobile care monitoring and time and attendance.

The business was originally devised in Singapore, but Abu realised there were many more care homes in the UK, which were generally not making use of technology, and decided to move to London in 2014. “We’re really looking to raise the bar,” he says. “The care home industry is way behind in terms of adopting technology and has been the poor relation for far too long.”

But starting over again in an entirely new country was a challenge, even for an experienced entrepreneur, and when Abu came across London & Partners he was keen to take advantage of the free support that was available. 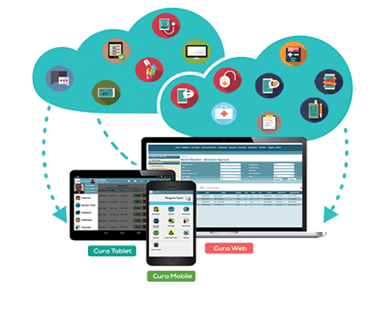 Abu signed up to the Business Growth Programme and attended a number of seminars, including courses on marketing, selling and finances. It also introduced the fledgling firm to lawyers, bankers and accountants. “They put us in touch with advisory people as well, who could tell us how to go about doing things in the UK,” says Abu. “So in the early days it was very useful and meant we didn’t have to go and hire very expensive lawyers or accountants, and they guided us through that process once we had the company set up.”

One of the main priorities for the business at this point was to attract investment, and the programme took Abu through how to pitch for finance. “We were at the point of not being a pure start-up but not being a mature business either; we were right in between and looking for funding,” he says. “The programme looked at how to pitch the business and put the best look forward. I must admit that an old sceptic like me thought they couldn’t teach me anything, but they did.” London & Partners also put the business in front of a number of venture capitalists, although it eventually chose to accept finance from high-networth individuals instead.

As well as this, London & Partners ran its own pitching competition, where companies which had been through the programme could compete for funding. “They choose around 25 candidate companies which they thought might be ready for investment and then they put us through the mill,” he says. “We attended various sessions where we had to pitch and show the best face of our company and product. That was the last one we went on, and we came second in that.”

As well as the practical support, Abu credits London & Partners with helping him plan the overall strategy of the business; something which was important as he sought to get it established. “We have more than 70 homes on our books now,” he says. “It took us eight months to get our first customer, and another six to get the second. I’m not sure to what extent it’s directly related to London & Partners, but there was certainly a growth spurt after we completed the programme. We have more than doubled our customers in the last year alone.”

Now, Abu is starting to think about expanding internationally. It is already selling in its initial market of Singapore, and has ambitions to launch in the US in 2019. “The business is growing exactly as we want it to,” he adds.

Give your care home a competitive advantage. Contact the Cura Systems team today on 020 3621 9111.  We are confident that Cura will take your service to a new level.